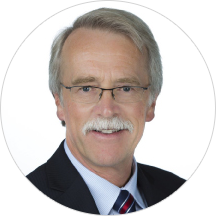 Prior to entering the appraisal profession, David was a real estate salesperson for 3 years, giving him a clear understanding of the motivation of buyers and sellers. Since the beginning of his appraisal career in 1980, David has had the opportunity to participate in a variety of interesting assignments throughout the Maritime Provinces. He has a broad range of experience with many different real estate-related issues including expropriation and assessment/payment-in-lieu of property tax review. Since 2014, David has been the Chair of Environment Canada's Ecological Gift Program Appraisal Review Panel. As such, he is responsible for the day to day operations of the panel. This includes supervising the review of appraisals submitted by donors of ecological gifts in support of their estimate of fair market value and making recommendations to the Minister of Environment in this regard.

In addition, David has provided consultations to both public and private clients for a number of reasons such as the negotiated settlement of First Nations land claims and rental disputes. He has also conducted studies on the impact of various external factors on real estate value and reviewed appraisal reports for an assortment of purposes. However, true to his Maritime roots, David still enjoyed assignments related to waterfront and island properties and relished the opportunity to do an inspection in his kayak.
David has always tried to remain active in the Appraisal Institute of Canada, serving on a number of national committees over the years and he is currently a certified lecturer of the Standards Seminar. David is a member of the New Brunswick Association of Real Estate Appraisers and the Nova Scotia Real Estate Appraisers Association.
Honours
In 2008, David was named to the rank of Fellow of the Appraisal Institute of Canada.
Top Of Page 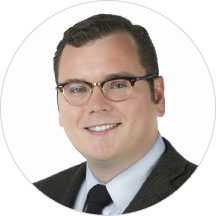 Adam Dickinson joined de Stecher Appraisals in 2005 during a University of New Brunswick co-op work term. Adam graduated with a Bachelor of Business Administration degree in 2006. After 3 years of additional part-time coursework, in 2009, Adam was granted the Post-Graduate Certificate in Real Property Valuation from the University of British Columbia. With his education and appraisal industry experience, Adam received his AACI designation in 2009.
Adam has worked on appraisal and consulting assignments relating to income, investment and institutional properties including apartment buildings, warehouses, land, subdivision developments and a variety of historic properties and community churches. Adam is also experienced in loss-of-use analysis, expropriation and insurance appraisals. Adam has been an expert witness for an arbitration under NB Public Works Act related to loss-in-value for multiple properties, and has presented evidence to the New Brunswick Assessment and Planning Appeal Board.
When an assignment calls for it, Adam gladly snowshoes, hikes or kayaks to appraise rugged and remote terrain for clients. Adam continues to develop GIS skills that help illustrate properties to provide more information and clarity for clients. Outside of the office Adam has been a long-time volunteer for affordable housing and community development related organizations.
VOLUNTEER in Appraisal Industry
Adam has served on the Board of Directors of the Appraisal Institute of Canada (AIC) since June 2017, and is currently a Vice President of the AIC Board of Directors. Adam has served on the Board of Directors of the New Brunswick Association of Real Estate Appraisers (NBAREA) since 2009. He served as President during the 2014-2015 board term. Adam has presented about the role of appraisers in the affordable housing sector at multiple conferences, including the Canadian Housing and Renewal Association Congress (2017) and the AIC/AI International Valuation Conference (2017).
You can contact Adam by email at adam@propertyappraisal.ca or at our office phone number (506) 634-8423.
Top Of Page 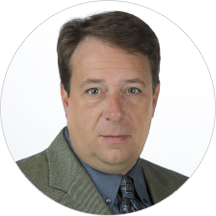 Gary L. Tobin, BA, CRA with Over 25 Years of Experience

Gary is a native of Saint John, New Brunswick. He received his Bachelor of Arts Degree from the University of New Brunswick, Fredericton in 1990 and has been employed as a real estate appraiser since 1991. From 1991 to 1997, Gary was responsible for the operation of a branch office in Woodstock, NB, before joining the Saint John office in 1997.
Over the years, Gary has gained a wide range of experience in the valuation of many types of properties and has been involved with the Saint John Mortgage Lenders Association. He is a past director of the New Brunswick Association of Real Estate Appraisers. While specializing in single and multi-family residential properties, his experience also includes commercial and agricultural properties.
Gary has experience in appraising a wide variety of properties including townhouses, garden homes, condominium units and luxury/executive homes.
Top Of Page 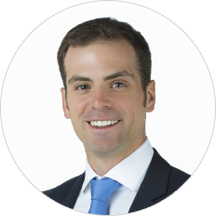 Colin Boyne joined de Stecher Appraisals in 2014. Prior to starting with de Stecher Appraisals, Colin spent 5 years in Ottawa, Ontario honing his appraisal skills with a mid-sized real-estate firm that specializes in land development, property management and consulting/valuation work.
Colin graduated from the University of New Brunswick with a Bachelor of Business Administration with Honours in 2007. In 2013, Colin was granted the Post-Graduate Certificate in Real Property Valuation from the University of British Columbia. After fulfilling the education and experience requirements, he received his AACI designation in 2013.
Experience with a Wide Array of Clients
While in Ottawa, Colin was focused in the Valuation and Consulting Department. However, he had exposure to all aspects of the real-estate sector and often worked in partnership with a home building subsidiary working out of the same office. Colin has worked with a wide array of clients, including small business owners, national organizations, Crown Corporations as well as all levels of government. This enabled him to gain experience on many different types of projects ranging from appraisal assignments on income/investment properties to property tax negotiations and insurance appraisals.
Born and raised in the Saint John area, Colin and his wife, Amelia, returned to enjoy the wonderful attributes of the East Coast.
When not serving his clients, Colin can be found spending time with friends and family, volunteering, golfing and biking.
Top Of Page 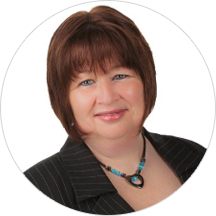 Kelly started with de Stecher Appraisals in 1989 as clerical / support staff to the appraisers. She received a diploma from Modern Business College Limited after successful completion of the Secretarial Course in 1988. In 2006, Kelly became a Candidate Member to the Appraisal Institute of Canada. She then completed courses through the Distance Learning Program of The University of British Columbia's Real Estate Division to meet the requirements of the CRA designation.
Since 2010, she has become increasingly active in her role and gained progressive field experience in addition to valuable mentoring from her colleagues. In April, 2013, Kelly was granted the use of the CRA (Canadian Residential Appraiser) designation by the Appraisal Institute of Canada.
Residential Property & Land Appraisals
Kelly has experience in appraising residential property types including single family detached homes, townhouses, garden homes and land appraisals.
Kelly served as a Director of the Saint John Mortgage Lenders Association and currently serves as a Board Member for the New Brunswick Association of Real Estate Appraisers (NBAREA) as the Fundy Representative. Kelly serves on NBAREA's education committee.
Top Of Page 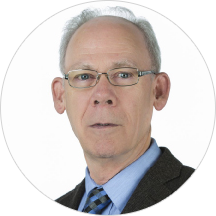 Cliff began his career in the appraisal profession working in various positions for Canada Mortgage and Housing in Halifax and Sydney, Nova Scotia, before relocating to Saint John, New Brunswick, as the Real Estate Manager in 1981.

In 1984, Cliff joined the staff of de Stecher, Miller & Associates Limited and in 1985, he and David Babineau purchased the firm and renamed it as de Stecher Appraisals Ltd.

Cliff served as the President of de Stecher Appraisals Ltd. from 1985 to 2003. From 2003 to 2016, he stepped back a bit and served as Vice-President of the firm and although he sold his shares in 2016, he continued to provide real estate appraisal and consulting services to select clients.

While Cliff participated in a variety of interesting assignments over his career, the work he was most passionate about was assisting in the resolution of long-standing First Nations Land Claims. His ability to conduct historical research and to prepare complex valuation models was invaluable. Cliff had the goal of delivering 110% on every assignment.

In addition to his work as a real estate appraiser, Cliff was very active as a long-term volunteer with Saint John Non Profit Housing. As such, he was an integral part of the team during the development of "Leinster Court", a 52-unit mixed income apartment building. More recently, Cliff was very involved in the planning for "The Wellington", a 42-unit mixed income apartment building being developed on a signature site in the Uptown. In 2009, Cliff received a Paul Harris Fellowship from the Rotary Club in Saint John for his community contributions.

We at de Stecher Appraisals Ltd. believe there are three words that best describe Cliff and the actions he will be remembered by the most: honest, intelligent and tenacious.

Cliff was, in the words of more than one client, "honest as the day is long." While honest can mean free of deceit and sincere, it can also mean blunt and plain-spoken. Cliff was all of these things.

The word intelligent can be defined as, "having the ability to easily learn or understand things or to deal with new or difficult situations."  Seldom, does a definition provide such an accurate description of a person. Cliff was one of the most intelligent appraisers in the profession, and he was always willing to share his knowledge with both clients and colleagues.

The word tenacious, whose synonyms include resolute, firm and persistent, embodies Cliff's spirit. Combined with his honesty and intelligence, he was a force to be reckoned with in both his professional practice and volunteer activities.

While we will continue to miss Cliff, his powerful but quiet presence can still be felt.